23 August 2019 marks the 30th anniversary of the historic Baltic Way demonstration. On 23 August 1989, nearly two million people in Latvia, Estonia and Lithuania joined their hands in a non-violent protest movement, forming a human chain – the Baltic Way – from Tallinn via Riga all the way to Vilnius. 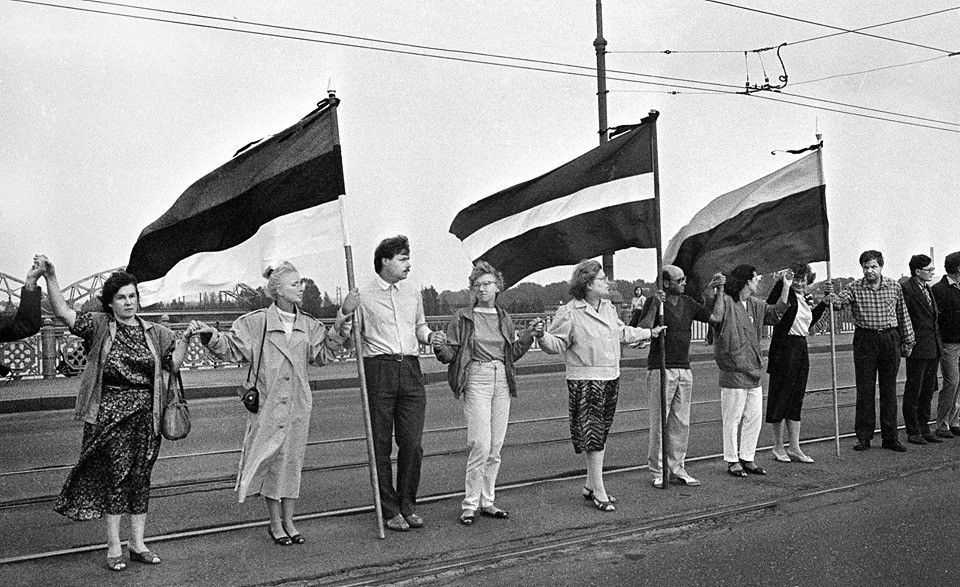 With this “rallying cry”, the Baltic States showed and proved their resolute determination and political will to jointly restore independence and return to their rightful place within the European family, as well as demanding that the criminally inspired Hitler-Stalin Pact signed between Germany and the Soviet Union on 23 August 1939 and especially the Pact’s notorious secret protocols be declared utterly null and void from the very moment of their signing. The organizers of the Baltic Way were reminding the world that this Pact had divided Europe and doomed the three independent Baltic States to occupation by the Soviet Union.

Starting August 2019 till the end of the year, in order to commemorate and to continue highlighting and spotlighting the role of the Baltic Way in the history of Latvia, Estonia and Lithuania, as a step toward their reincorporation in the heart of Europe, the anniversary of the freedom campaign will also be marked in many places around the globe.

From the United States of America and Canada to India, Japan and Uzbekistan, Latvian embassies and consulates abroad together with their colleagues from the Baltic State diplomatic missions, diaspora organisations and Baltic friends will engage in a far-reaching public diplomacy programme, The Baltic Way 30.

Human chains will be formed by the U.S. Capitol Building in Washington D.C., the Lithuanian Square in Copenhagen (Denmark), Tbilisi (Georgia), Castlebar (Ireland), the square by the Sophia Kievska National Reserve in Kyiv (Ukraine), and a race dedicated to the Baltic Way will start at Eidsvoll Square in Oslo (Norway). A flower mandala has already been created in India, in the colours of Latvia, Lithuanian and Estonian national flags.

A special documentary by Askolds Saulītis, The Baltic Freedom Way, will be screened on the Czech Television and in the U.S., Germany, Japan, Moldova, San Marino, Turkey, the United Kingdom. Films from the Baltic States will also be shown in Athens, Berlin, Helsinki, Ottawa, and Vienna.

The historical significance of the Baltic Way and its ramifications in international politics will be reviewed in international conferences and discussions in Canada, France, Germany, Lithuania, and the UK. Exhibitions will be shown in Ankara, Berlin, Chisinau, Ottawa, and Prague. A touring photography exhibition created by the Ministry of Foreign Affairs, The Baltic Way That Moved the World, will be presented in Moscow, London, and Berlin, but an exhibition by the National Archive of Latvia titled The Baltic Way – a Protest in the Name of Freedom will be unveiled in Tallinn and Warsaw. A special display dedicated to Latvia will open at the reading room of the University of World Economy and Diplomacy in Uzbekistan, presenting books donated to the University by the Latvian Embassy in Tashkent.

On 23 August 1989, an estimated two million people in Latvia, Lithuania and Estonia joined hands connecting the capitals of the Baltic States, Tallinn, Riga and Vilnius to commemorate the Hitler-Stalin Pact signed by Germany and the USSR on 23 August 1939 and to strengthen each other in the fight for a common goal – to reinstate independence of the Baltic States. The demonstration brought together people of different ages, nationalities, religions and backgrounds. In 2009, UNESCO included the Baltic Way in its “Memory of the World Register” thereby confirming its worldwide importance.

The 30th anniversary of the Baltic Way is a milestone event in the Latvian Centenary programme highlighting and reminding us all of the importance of this campaign in the restoration of Latvia’s statehood.