In April 2017, the Baltic Academies’ Orchestra /BAO/, which unites the young talents from Lithuania, Latvia and Estonia, took up to its concert tour devoted to the Centenaries of the Baltic States. In three years and twelve cities the young musicians will involve the audience into a sonic adventure by presenting classical values and new music from the Baltic States. 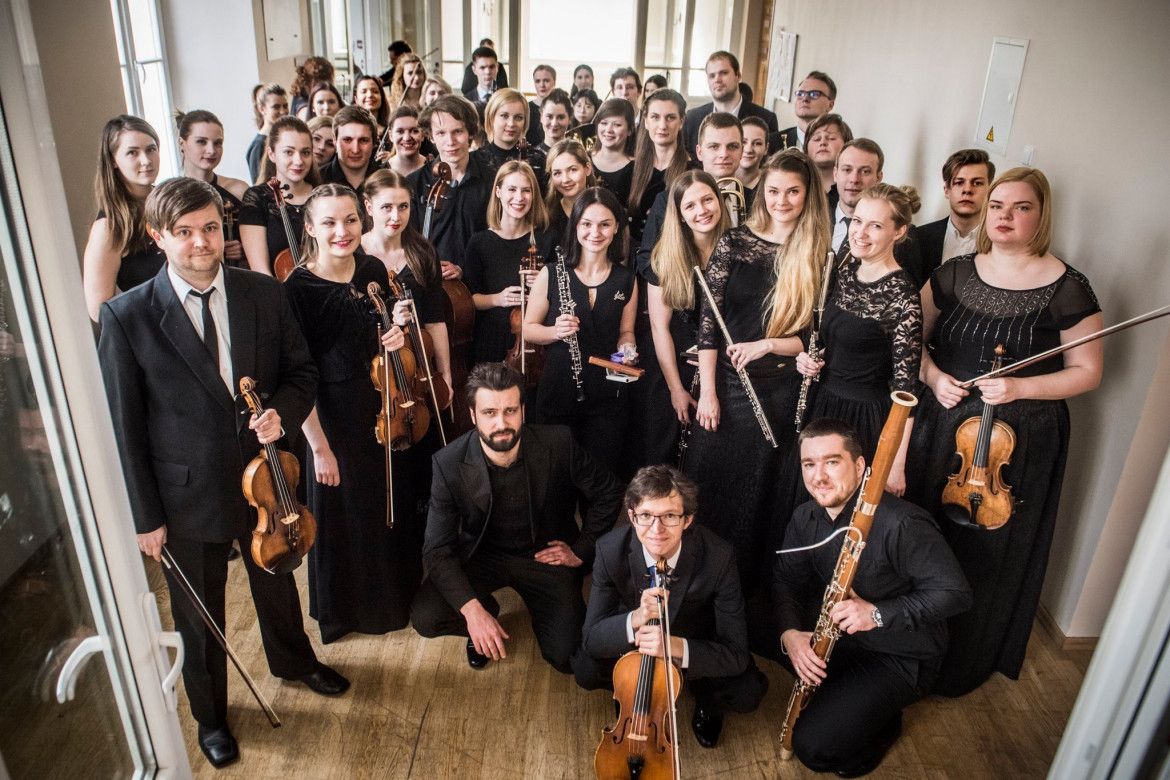 BAO means youth, talent and passion for music. It gathers the young professionals from Lithuania, Latvia and Estonia to celebrate the Centenaries of our countries. Concerts in Vilnius, Riga and Tartu in 2017 were the heralds of numerous concerts in 2018. Besides performances in the Baltics, next year BAO will appear on the stages in Gdansk and Berlin, but in 2019 will travel to Helsinki and St. Petersburg.

BAO repertoire presents classical values and new music from the Baltic States. This year the Orchestra under the baton of conductor Andris Vecumnieks performed Robert Schumann’s Symphony No.3 Es-Dur op. 97 Rheinische, Antonin Dvorak’s Cello concerto h-moll op.104 with the young, expressive cellist Magdalena Ceple in Riga and fascinating Kremerata Baltica musician Emma Aleksandra Bandeniece in Vilnius and Tartu. And we are very proud to present young Latvian composer Madara Petersone’s composition The Speed for Symphony orchestra. The composition promises an exciting sonic experience to the listeners. It was inspired by the interest in Albert Einstein’s life and philosophy and it is the most voluminous out of the four compositions in the series of works about the relativity of interaction among objects and ideas.

On the threshold of the upcoming Centenaries Estonia, Latvia and Lithuania closely collaborate to present the significance and history of the Baltic region. We want to point out that our main values are people, whose everyday work create our time and, together with the young generation, lay the foundation for our future. Baltic Academies Orchestra concerts are one of the events in the Baltics Centenary celebration programme.