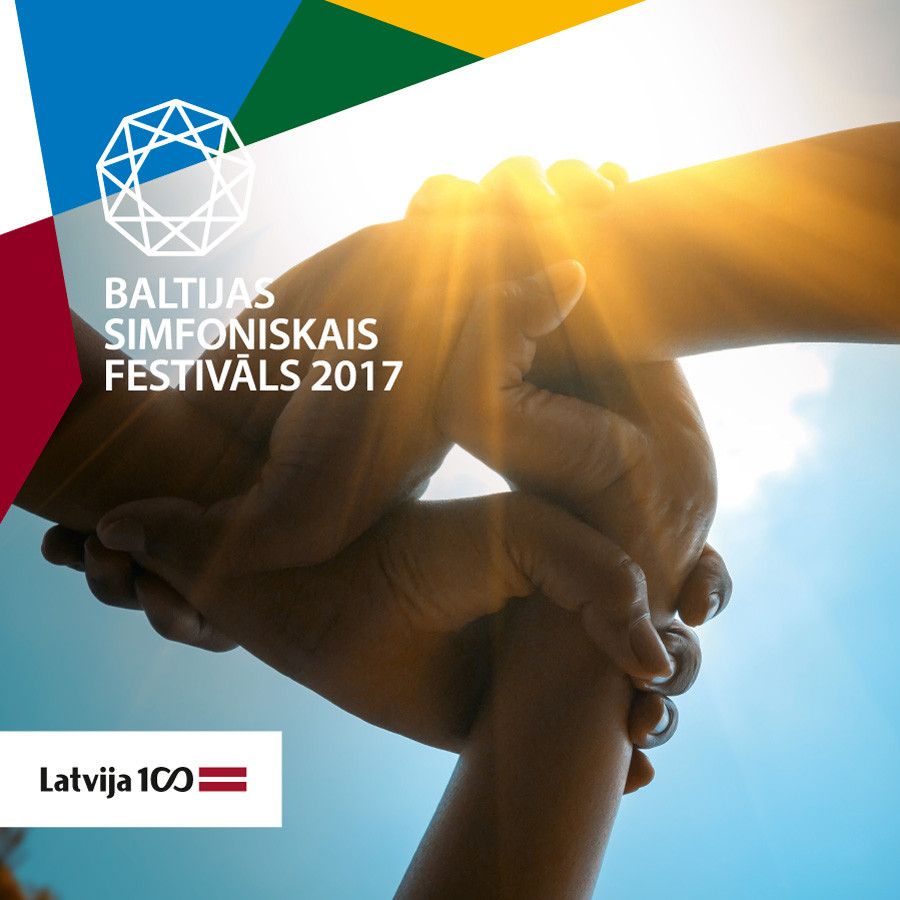 A PAIR OF FOURTHS. TÜÜR. SCHUMANN

On 25 November at the Great Guild Hall, Estonian conductor Kristiina Poska will stand in front of the LNSO for the first time. She has years of remarkable experience as a conductor at the Komische Oper Berlin; in addition, she is a concert conductor in high demand among German and Swiss orchestras; she frequently performs in Estonia and other European countries. In the concert in Riga, she will conduct Robert Schumann’s Symphony no. 4 and a work by notable contemporary Estonian composer Erkki-Sven Tüür – the imposing, rather cosmic Symphony no. 4 Magma with an extended percussion solo, performed by outstanding young Latvian musician Guntars Freibergs.

On 1 December at the Great Guild Hall, as part of The Baltic Pyramid programme – a performance by the three orchestras’ string section musicians, teamed up in the Baltic Symphony Festival chamber orchestra. You will hear music by contemporary Baltic composers under the baton of the LNSO conductor Guntis Kuzma. The programme comprises works from Latvia, Estonia, and Lithuania, respectively: the classic composer Jānis Ivanovs’ Poema luttuoso, a piece as though carved in stone; Arvo Pärt’s legendary work Fratres, and De profundis, a composition by the mysticist Raminta Šerkšnytė. In the second part of the concert, the LNSO’s concertmaster Georg Sarkisjan will lead the performance of Pyotr Tchaikovsky’s Serenade – an embodiment of the refined ideals of the Russian Silver Age, including the famous waltz that will truly sweep the audience off their feet.

On 9 December at the Great Guild Hall, we will hear a new composition, the oratorio The Song of the Baltic by Arturs Maskats, who celebrates his 60th anniversary this year. The piece includes lyrics by Latvian poets Vizma Belševica and Ojārs Vācietis, Lithuanian poet Sigitas Geda, and Estonian poet Paul-Eerik Rummo. In the performance, the Latvian National Symphony Orchestra, led by Andris Poga, will be joined by the State Choir Latvija and soloists: Vida Miknevičiūtė from Lithuania, Mari Kalkun from Estonia, and Aleksandrs Antoņenko from Latvia. In addition to Maskats’ new work, in honour of Finland’s centenary, the programme also includes Jean Sibelius’ well-known, ingenious Symphony No. 2, which occasionally is attributed the role of a herald of national ideas.

Programme:
Arturs Maskats The Song of the Baltics for solo singers, choir, and orchestra (new work)
Jean Sibelius Symphony no. 2

The festival programme also includes a discussion about the status quo of the classical music today and the experience of music circulation within the three Baltic states.

Arturs Maskats’ The Song of the Baltic is also an export product – it will be performed on 9 February, 2018, at the Vilnius Congress Hall.