On Thursday, June 1, 2017 at 11.00, the Latvian National Museum of Art invites media representatives to a press conference about the upcoming exhibition “Symbolism in Baltic Art”, which will be shown in Paris in 2018.
Venue: The permanent exhibition in the main building of the Latvian National Museum of Art (3rd floor, Jaņa Rozentāla laukums 1, Riga).

The four national museums of the three Baltic countries in Riga, Tallinn, Vilnius, and Kaunas are jointly preparing the exhibition Symbolism in Baltic Art to be shown in Paris, France in 2018. This is one of the most ambitious joint centenary projects between the three Baltic States and one of the largest to events taking place abroad.
Media representatives will have the opportunity to be the first to learn about the scientific concept and practical organisation of the exhibit, as well as it’s location.

The press conference will be led by Director of the Latvian National Museum of Art Māra Lāce.

During the press conference, journalists will be able to ask questions of the exhibit organisers.
After the official part it will be possible to interview the people involved in realising the project. 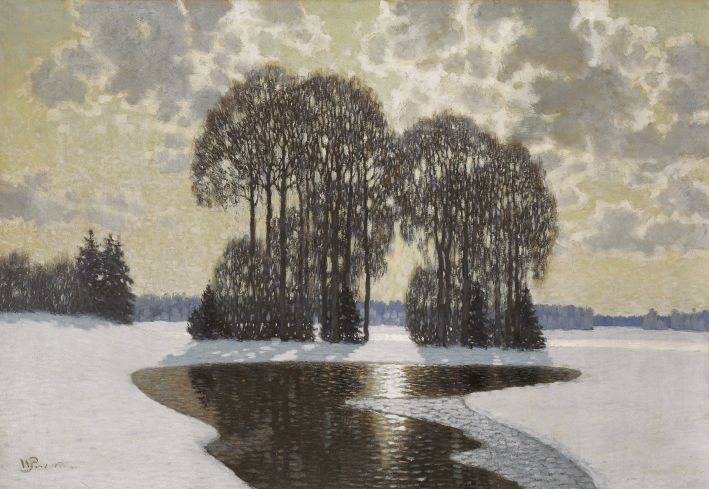 ABOUT THE EXHIBITION SYMBOLISM IN BALTIC ART

2018 is an important time in the centenary celebrations, not just for Latvia, but for all three Baltic nations.

In 2015, the Latvian National Museum of Art proposed an initiative – to create a joint project with their Baltic colleagues – and suggested this to French curator and symbolism researcher Rodolphe Rapetti to create a unified art exhibition, which would be shown in the European cultural metropolis – Paris. France has always held a special place among the Baltic States, because many Baltic artists have been closely connected with French culture.

Since 2016 the Latvian Ministry of Culture, the Latvian Centenary Bureau, the four national museums of the three Baltic countries, the French Embassy and the French Institute in Latvia, as well as the Latvian Ministry of Foreign Affairs, and the Embassies of Latvia, Estonia, and Lithuania in France have been working intensively to develop the exhibition in cooperation with the French. French Minister of Culture Audray Azoulay has expressed her support for the project and acknowledged it highly. Paris responded positively to the initiative of the above mentioned partners saying that they would host the exhibition, which will be a significant event in the cultural diplomacy programme of the Latvian Centenary.

The exhibition Symbolism in Baltic Art will take place April–July 2018 with the goal of introducing the French museum audience to the work of Estonian, Latvian, and Lithuanian art that was created during the period between the end of the 19th century and independence in 1918. The main idea of the project – to show Western Europe that the art produced in the burgeoning Baltic states was at a high professional standard, and its characteristics were in line with what was taking place in European art in general at the time. Symbolism, which came into being in France during the second half of the 19th century, influenced all of European culture, as well as the Baltic states.

The themes used in this artistic movement, which include mythology, folklore, fantasy, the world of dreams and visions, and decadence are reflected in the work of outstanding Latvian artists Janis Rozentāls, Vilhelms Purvītis, Johans Valters, Pēteris Krastiņš, Rūdolfs Pērle, and Teodors Ūders. Lithuanian art will be represented by works from such classic symbolists as Mikalojus Konstantinas Čiurlionis and Ferdinandas Ruščicas/Ferdynand Ruszczyc, and the Estonians by the works of Kristjan Raud and Konrad Vilhelm Mägi. 133 works have been selected for the exhibit including paintings, graphic art, pastels, drawings, and sculptures.

The exhibit curator and author of the concept is Rodolphe Rapetti – well-known European researcher on symbolism and author of the monograph ‘Symbolism’ (‘Le Symbolisme’, Paris: Flammarion, 2005), who has long been interested in Baltic art. Mr Rapetti has been the Curator at the Musée d'Orsay, Director of the Strasbourg City Museums, Director of the Muséum National Jean-Jacques Henner, and Deputy Director of the Museums of France. He has taught at the School of the Louvre, as well as at the University of Paris-X (Nanterre). Rapetti is the author of numerous books and articles concerning the art of the 19th and 20th centuries. His field of study stretches from 1860 all the way to Marcel Duchamp. He has curated many exhibits in the largest museums. The most impressive of his latest exhibitions include: Odilon Redon (Grand Palais, Paris, 2011), L’Art de l’automobile. Chefs d’œuvres de la collection Ralph Lauren (Paris, 2011), Van Gogh to Kandinsky – Symbolist Landscape in Europe 1880-1910 (Amsterdam, Edinburg, Ateneum, Finnish National Gallery, Helsinki, 2012), and Émile Bernard (Musée de l'Orangerie, Paris, Bremen 2014). At the moment Mr Rapetti is an official of the Museums of France.

“The exhibition will illustrate the complex interplay of influence and resistance, through which, after becoming acquainted with European cosmopolitanism, Baltic artists forged a language for creative expression appropriate to their own intellectual worlds using elements of traditional culture, folklore, and local oral rhetoric,” describes Rodolphe Rapetti.

The exhibition is being jointly devloped by the four Baltic national museums – the Latvian National Museum of Art in Riga, the Art Museum of Estonia in Tallinn, the Lithuanian Art Museum in Vilnius, and the M. K. Čiurlionis National Museum of Art in Kaunas. A creative working group has been established, which includes a curator from each museum working in close cooperation with Rodolphe Rapetti. A sizeable exhibit catalogue is planned.

This ambitious art manifestation will also have a symbolic meaning, because a joint representation of Baltic culture on such a grand scale has only taken place once, when the Baltic states collaborated on a pavilion at the International Exposition of Art and Technology in Modern Life (Exposition Internationale des Arts et Techniques dans la Vie Moderne) in 1937. The exhibition is being designed to introduce a new concept – Baltic symbolism, through which Estonian, Latvian, and Lithuanian turn-of-the-century art reveals the unique nature of the creativity of each culture, as well as the language of myths, legends, and allegories that portray a time when Baltic artists become increasingly aware of their professional skill in creating visual imagery. This provided the impulse and momentum to promote national self-awareness, and bring into being the idea of an independent nation that is integrated into European culture