The celebrations of Latvia’s Victory Day, the centenary of the Battle of Cēsis, will be held on Saturday, 22 June.

One hundred years ago, the Latvian War of Independence was fought for Latvia’s right to exist. The turning point of the war occurred on the front-line of Northern Latvia near Cēsis on 22 June when Latvian and Estonian troops defeated the Landwehr army and proceeded to Riga.

Latvia’s Victory Day, the centenary of the Battle of Cēsis, has been included in the programme of the Latvian centenary celebrations and this year the festivities in Cēsis will spread particularly far and wide by highlighting the joint responsibility, involvement and protection of personal values not only through the prism of the past, but in particular through that of the present and the future. 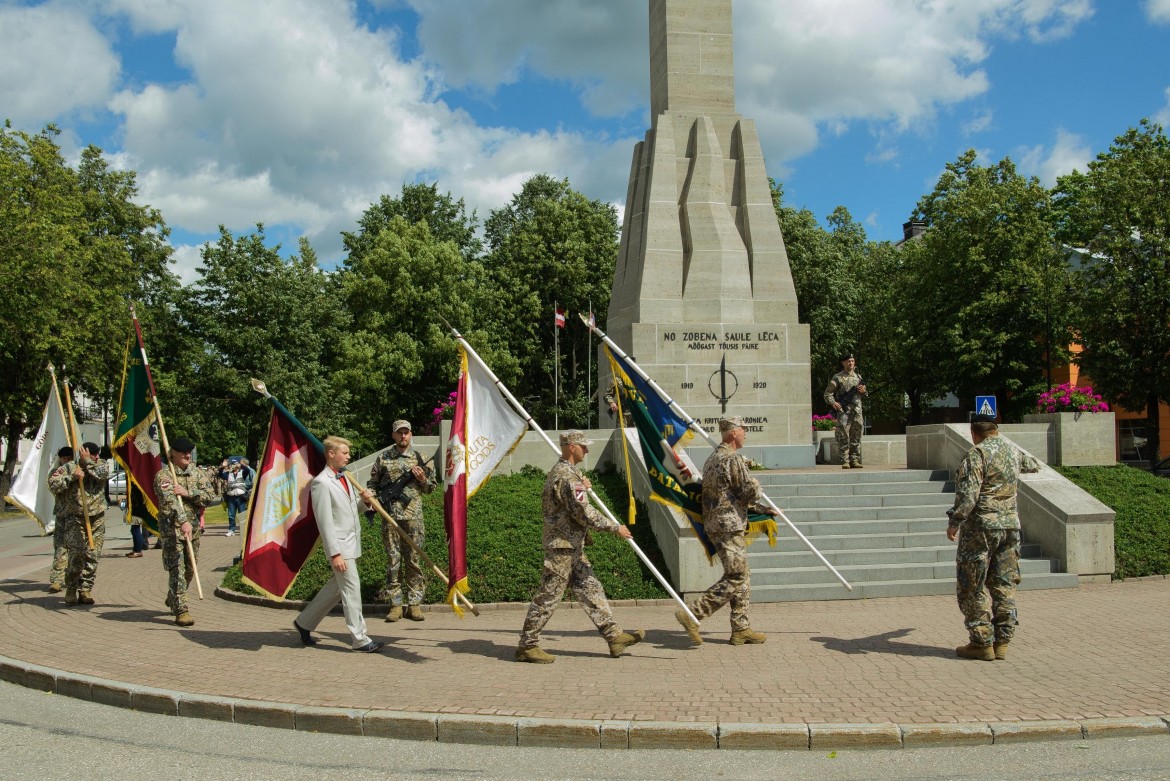 In the Battle of Cēsis, the armies of Latvia and Lithuania prevailed not because of superior equipment, but because their ideas and values were stronger than those of the opponent. On the 100th anniversary of this Battle, we want to talk about the victories that we celebrate, continuing to defend our values today. The centenary of the victory in the Battle of Cēsis shall be an event of participation and involvement among the people of Northern Latvia dedicating a special role to bravery and the ability to impact one’s own life and the life of the whole country, making it a better, fairer and more equal place.

The exhibition The First Year dedicated to the centenary of Latvia is already open to visitors at the Cēsis History and Art Museum, it offers an interactive way of getting to know the main events and processes taking place during the first year of existence of independent Latvia. The author of the exhibition is Dr. hist. Tālis Pumpuriņš, historian at Cēsis Museum, and the scenography of the exhibition was created by artists Ritums Ivanovs, Mārtiņš Blanks, Krists Zankovskis.

Youth will be at the centre of the programme of 22 June dedicated to Latvia’s Victory Day, the centenary of the Battle of Cēsis: not only because of the age, but also because of their mindset and values.

The festive programme will be extremely diverse, taking place throughout the town from dawn to dusk.

The celebration will gather singers and dancers from all over Vidzeme to offer a fascinating performance with a contemporary programme at Vienības Square. Meanwhile Rīgas Street, the main artery of Cēsis, will be subjected to a time warp featuring many documentary performances. In the afternoon, the reenactment of the historic battle will take place in Pirtsupīte Gully. The programme for Latvia’s Victory Day was elaborated by Renārs Sproģis, the author of the whole idea, together with his creative team, namely, Krista Burāne, Mārtiņš Eihe, Rūdolfs Baltiņš and Jolanta Sausiņa.

The reconstructed historic Estonian armoured train Freedom will be a unique feature of the Battle of Cēsis programme, available for viewing on 15-22 June. The armoured train will be at the Cēsis railway station for a week, giving everyone who is interested, free access to military technology used one hundred years ago and stories about the struggles for freedom and cooperation between the Latvian and Estonian armies. The reconstructed armoured train travels around Estonia throughout the year, having already become one of the most popular attractions of the Centenary in Estonia. In Latvia, the project is carried out by the local government of Cēsis Municipality in cooperation with the Ministry of Culture's Office Latvia 100, VAS Latvijas Dzelzceļš (Latvian Railways) and SIA LDz apsardze.

On 22 June, in cooperation with the Ministry of Defence of the Republic of Latvia, there will be an opportunity to assess the might of the modern-day army in the National Armed Forces’ parade and exhibition of military equipment. The National Armed Forces Staff Orchestra and the National Guard Orchestra will also take part in the event. Meanwhile, National Guard units will organise exciting large-scale orienteering competitions with different body and mind challenges all over the town.

The Battle of Cēsis centenary celebrations in Cēsis are organised by the local government of Cēsis Municipality in cooperation with the Ministry of Culture, the Ministry of Defence and the National Armed Forces.