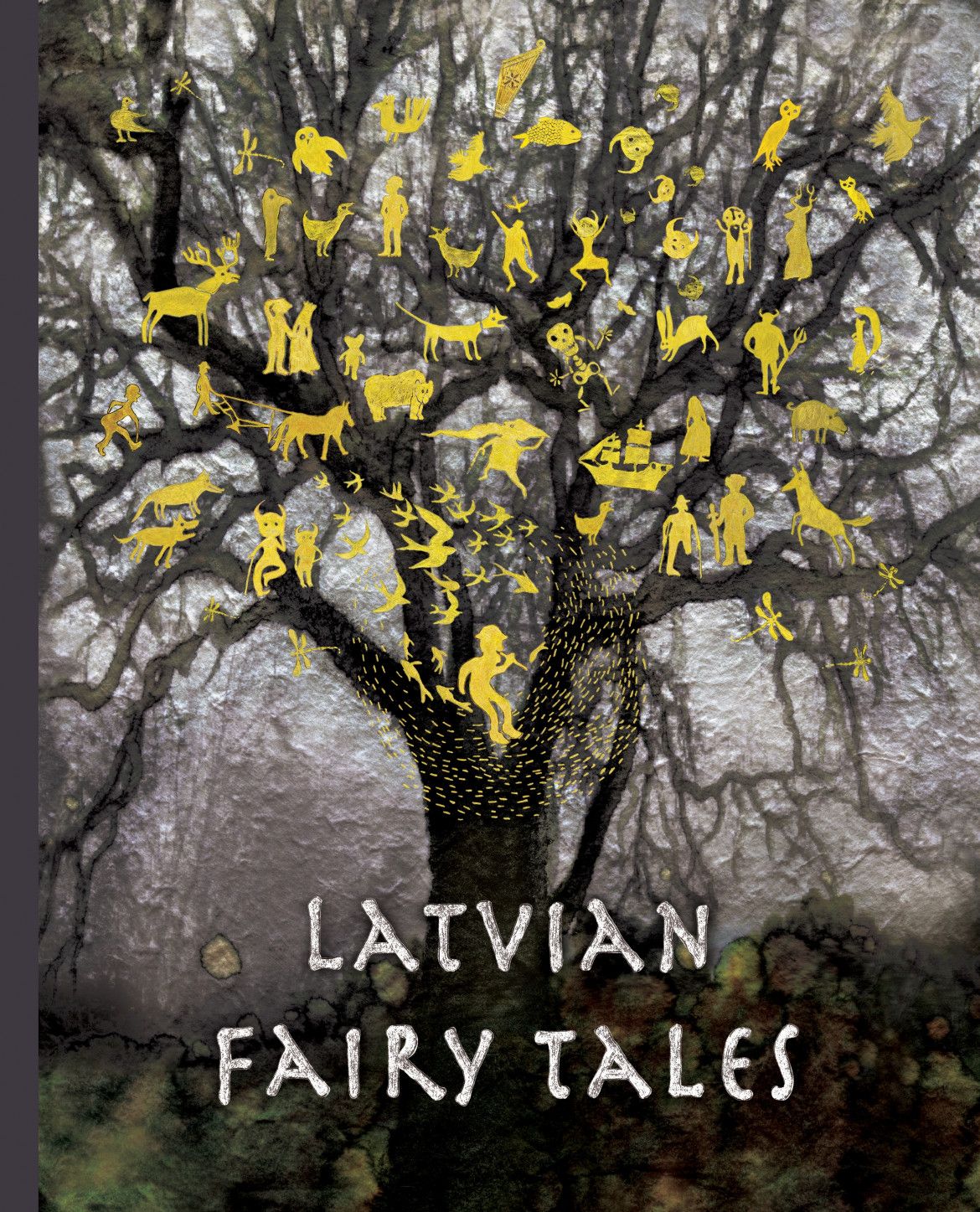 This book is a collection of typical, popular and widely known Latvian fairy tales. However, some non-standard variants of these tales that are not usually included in collections were chosen in order to keep it more interesting.

It may seem that the world of fairy tales – harsh, and filled with ancient myths and echoes of epics – may not be entirely suited to, or understandable by, children. There is only one story in this collection of twelve tales in which someone doesn’t meet his death, and three stories with, essentially, walking dead or with a corpse under a spell, and in the rest of the tales the heroes ruthlessly hack off the many heads od fragons and devils, giants and witches.

„The classic fairy tale structure has three forms of trials – the first tests the hero’s ability to be empathetic and resourceful, and he gains knowledge or a magic tool in return. The central and second trial is often to slay a dragon and/or to free a kidnapped/enchanted princess. Even this second trial can be tripled, the hero’s opponent becoming stronger and more frightful each time. And then there’s the final trial – to make it back home in one piece without running into trouble or betrayal by his travelling companions. Often this involves the hero hiding out for some time. Scholars have also identified ancient initiation rituals for teenagers – they must symbolically die, must descend into the underworld, must spend some time in poverty, must set out and overcome their personal demons, all in order to gain the experience that will give them the right to be considered an adult and have responsibilities towards others.

In all these ways, fairy tales help children grow up and become adults – and as adults to take on responsibility for what happens in the real world.” (Dr. philol. Guntis Pakalns)

A painter, illustrator and graphic designer Gita Treice is a graduate of the Art Academy of Latvia’s Department of Graphic Design (1998), and has an MA in painting, 2008. She has designed over 100 books since 1997. More than twenty of these have received nominations and awards in Latvia and in the Baltic States. The characters Gita Treice illustrates gaze out from streaks and haze lika from a real, tangible world – a world we can’t see, but which we believe in. A ghostly, golden light shimmers in that mysterious haze, its reflections spilling throughout the book like will-o’-the-wisps.

This book was published with the support of the Latvian Ministry of Culture and the Latvian Publishers’ Association
Compilation: Inga Karlsberga
Introduction, commentary: Guntis Pakalns, University of Latvia, Institute for Literature, Folklore and Art, Archives of Latvian Folklore
Translation: Kaija Marisandra Straumanis

The book is available in Janis Roze bookstores.