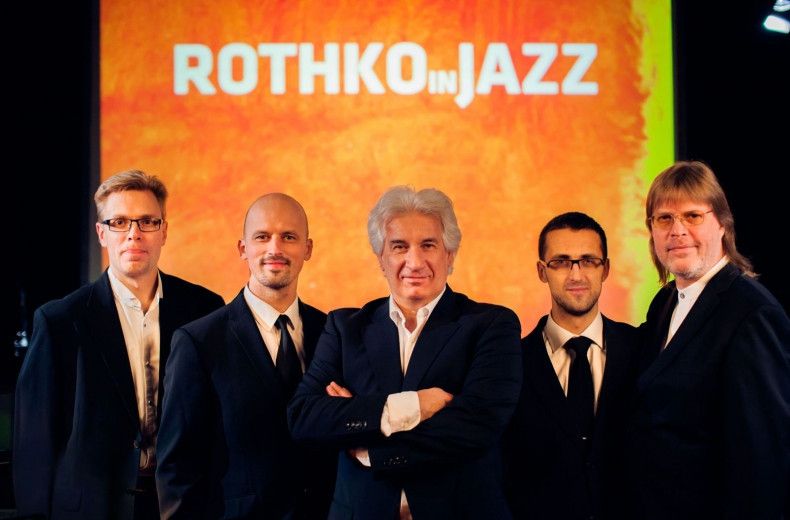 Project Rothko in Jazz was inspired by the work of Latvian-born artist Mark Rothko. The premiere of the project took place in John F. Kennedy Center for the Performing Arts in Washington (USA). “The Washington Post” wrote about the project – A wide-ranging musical homage to Mark Rothko’s paintings.

The project is based on the synergy of paintings and musical material and it was developed in several stages. In the concert, audience will hear jazz compositions that are attuned to art pieces by Mark Rothko (composed by 10 renowned Latvian composers and later arranged by the members of Māris Briežkalns Quintet). During the performance, these art works will be projected as videos and enlivened with special effects, making the art piece come to life.

Rothko in Jazz aims to reflect the mood created in the works of Mark Rothko, which the artist himself said portrayed the status of the soul. All of the artworks featured in this project have been created between 1945 and 1969 – the late stage of Mark Rothko’s creations – abstract expressionism.

Composers of the musical themes will take part in presentation concert, explaining and commenting the musical aspects of the project, whereas a representative of Latvian National Museum of Art will provide an insight into the specifics of Mark Rothko’s artworks featured in this project.

The idea and project itself has been created by the best jazz musicians in Latvia and the Baltics – Maris Briezkalns Quintet. The band has performed in some of the leading jazz & world music festivals as well as on some of the most prestigious jazz stages around the world. Maris Briezkalns Quintet has released various albums of which the best known are two volumes of Latvian Evergreens – compilations of Latvian classical and popular music in jazz arrangements.

„Maris Briezkalns and his group proved that Latvian jazz is more than just alive and well – it is the embodiment of a creative energy that characterizes the human spirit. Latvia is taking the lead in asserting its place in the cultural landscape and its musicians are significant players on the world stage. Uplifting triumph!“— Jeff Levenson, Half Note Records.