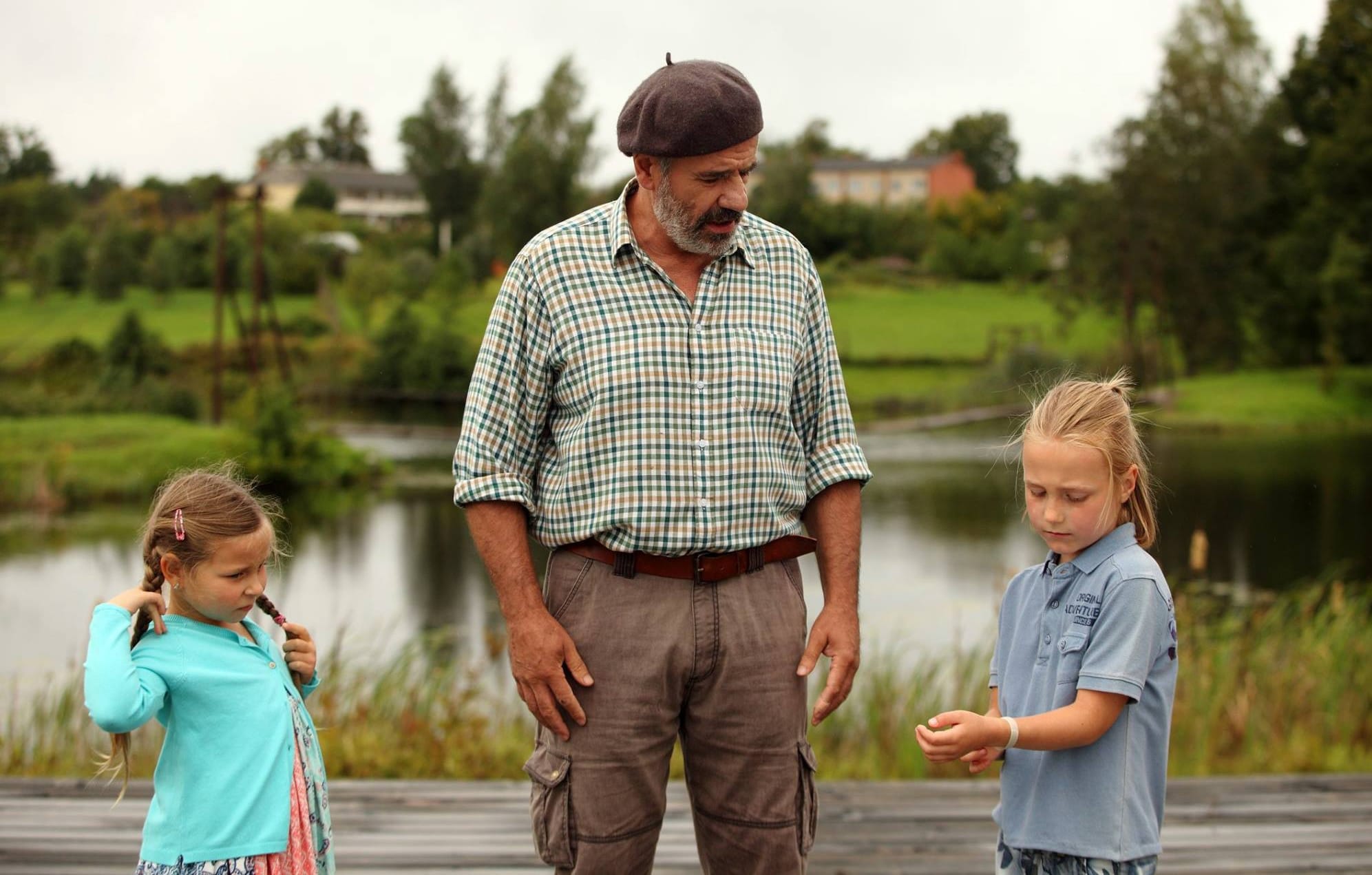 Grandpa More Dangerous than Computer is a story about an 8 year-old boy from the city, Oskars, who has to spend the summer with his grandfather in a small town in the countryside. Unfortunately, his grandfather does not like computers, dirty dishes or lies; however, he does live by certain principles. From fighting to cooperation and even friendship – what could happen? “Grandpa connects with his grandson not just in that he is a good craftsman, and that he is good at his job, but mostly with a personal kindness and poise,” explains director Varis Brasla.

With over 50 years of experience, the film’s director, Varis Brasla, is among the Latvian cinema classics. During his career, he has been a part of 13 feature fictions, four of which have been awarded a Lielais Kristaps for best film at the National film festival. Three of Varis Brasla’s directed films have earned him the reputation as a talented children’s film director. He fantastically manages to create a positive comedic atmosphere as well as the stylistics of a childhood world and, furthermore has a great ability to work with young actors.

The story is written by Varis Brasla’s long-time stylistic companion, Alvis Lapiņš, together with whom they have created many exceedingly popular family films. The rest of the production team is made up of experienced professionals – DOP Uldis Jancis, artist Mārtiņš Milbrets, sound director Anrijs Krenbergs, composer Emīls Zilberts and producer Gatis Upmalis. The film is produced by the studio F.O.R.M.A., known for its experience in family film production. The studio won the hearts of many with films like “Little Robbers” (Mazie laupītāji) (2009), directed by Armands Zvirbulis and “Waterbomb for the Fat Tomcat” (Ūdensbumba resnajam runcim) (2004), also directed by Varis Brasla.

Since 2014, the National Film Centre of Latvia has been preparing the Latvian Films for Latvian Centenary program to celebrate the 100th anniversary of Latvia’s independence on November 18, 2018. The program will feature 16 feature-length films – six fictions, two animations, and eight documentaries. Grandpa More Dangerous than Computer is the first centennial film to be released this year, followed by the premiere of two documentaries in the fall, with the remaining 13 to be released throughout 2018.