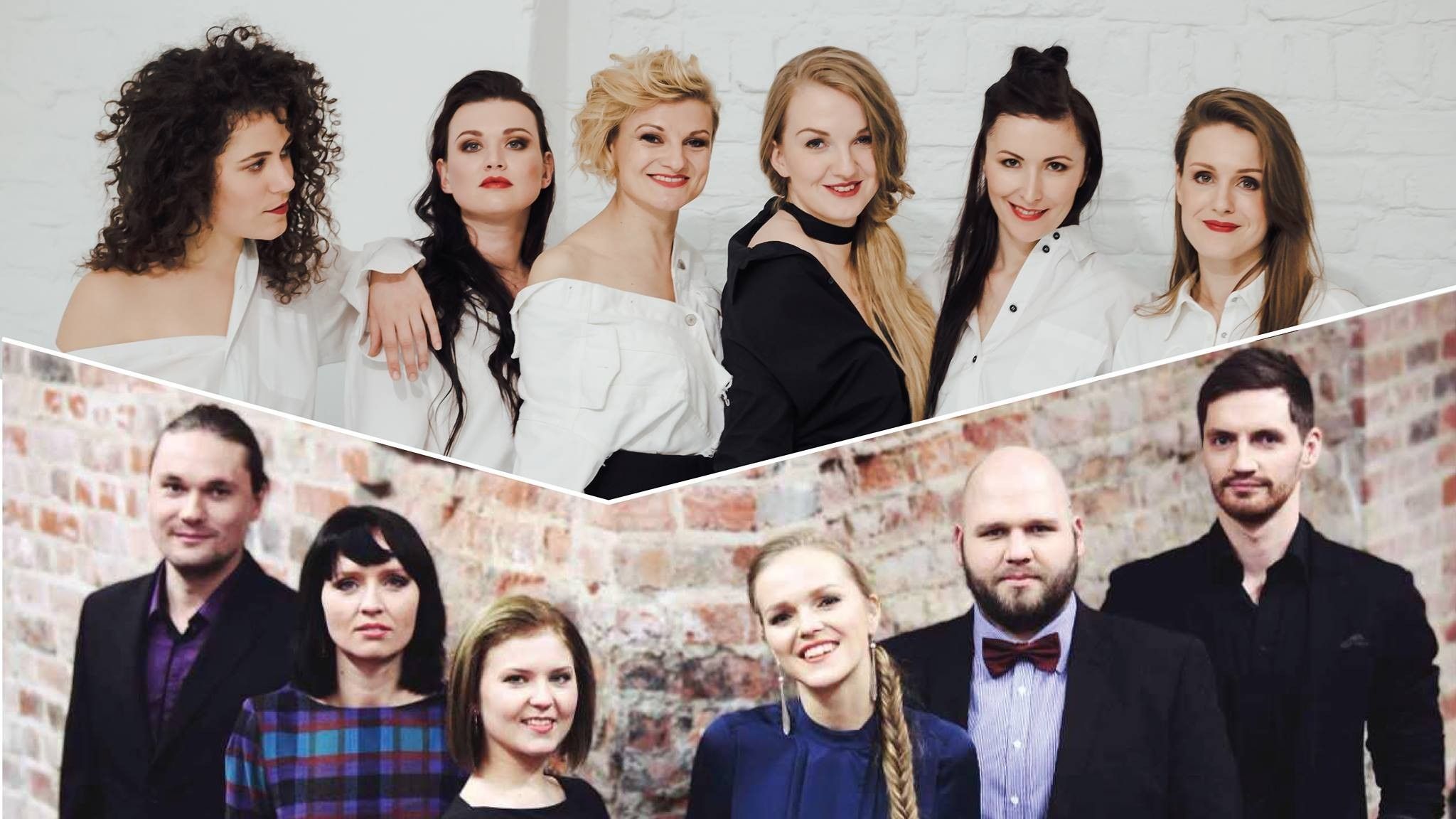 In honour of the centenaries of the two neighbouring countries Latvia and Estonia, two notable professional a cappella vocal groups are joining forces in a single concert. Both groups are well known in their native countries and far abroad, yet they have had relatively few performances in their respective neighbouring countries. Thus, the coinciding centenary celebrations are the perfect occasion for coming together.

Even though their names are similar, their musical directions differ: Latvian Voices combines folk music with original compositions that are both rooted in choral traditions and experimental, while the repertoire of Estonian Voices is based on jazz and pop music.

Still, the central focus of both vocal groups is the biggest treasure of Latvian and Estonian cultural history – folk songs. This is why, after their first meeting in 2016, Latvian Voices and Estonian Voices decided to develop a joint concert programme that would include both Latvian and Estonian melodies. Although the histories of Estonia and Latvia are parallel in many ways, the traditional music and culture of these two nations are different, which makes this concert programme so rich and diverse.

Estonian Voices is a mixed vocal group that consists of six professional signers.

The group was originally formed in 2010 for a one-off project, but in 2011, when Tallinn was the European Capital of Culture, the jazz singer Kadri Voorand was invited to reassemble the group and become its artistic leader. Since then, Estonian Voices has captured the hearts of audiences around the world with an active schedule of both solo concerts and collaboration with other musicians. In 2013, Estonian Voices were invited to perform with the world-famous New York Voices as part of the Christmas Jazz Festival.

Founded in 2009, the Latvian Voices a cappella group has proven its professionalism at various competitions of a global scale, such as Vokal Total in Graz, Austria (2011), A Capella in Leipzig, Germany (2012), World Choir Games in Cincinnati, USA (2012), etc.

Within their artistic activity, the group has prepared several concert programmes, recorded seven albums and is regularly performing both in Latvia and abroad.