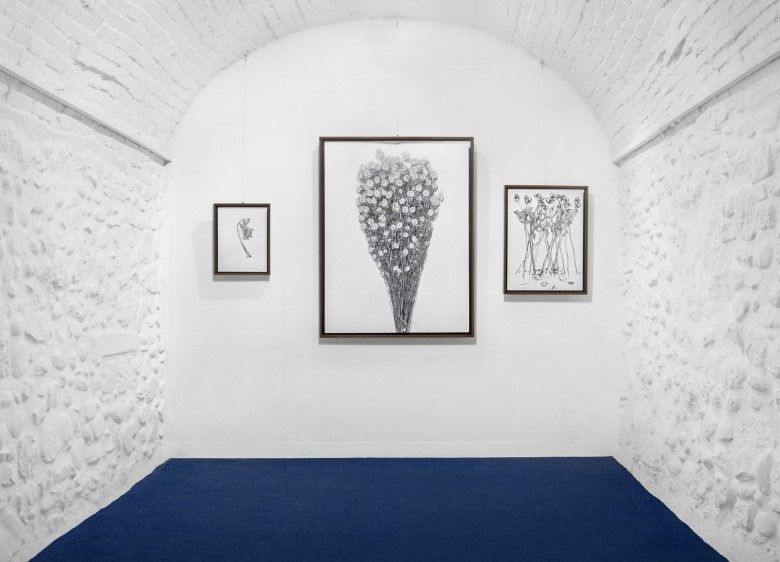 Within the framework of the Riga Photography Biennial 2018, the exhibition Identity Issues will be on view in Cēsis Exhibition Hall.

Polish photography is at a crossroads. It has an identity issue. The decades-long documentation of a national history as intricate as it is dramatic has rather unexpectedly found itself out of step. There is no longer either a need or a duty to reinforce the cultural core or to bear witness to heinous crimes and massacres, to heroic deeds and the blood, sweat and tears of opposition. Even the simple gesture of snapping images of the changing world of predatory capitalism seems to have been deprived of authenticity.

In this context, the nationalistic turmoil looks like a symptom of a more profound problem. The Poland, Polish women, Polish men and Polishness captured in the photography of the past one hundred and eighty years is as topical today as ever it was, but the focus of the young generation of artists appears to have turned elsewhere. The change is also technological in nature, embracing digital media and social media, which all of us are familiar with. It encompasses gender, as well. Yes, indeed; that good old Polish photography was usually a man, dogged in the fight for Polishness and for art, for what was important... nay, for what was of the essence! The modern Polish photography is a young woman with a camera and an Instagram account, involved in what is close and personal, but also human, concerning everyone and not only the Poles.

Just a decade ago, the women in Polish photography could be counted on the fingers of one hand and, by and large, only one of them has achieved international success; Aneta Grzeszykowska. She is one of the generation born in the nineteen seventies; in previous generations, Natalia LL and Zofia Kulik scaled the heights, of course. Today, the list of award-winning female artists who have successfully exhibited and been published is markedly longer and, even more significantly, most of them are under thirty; Weronika Gęsicka, Anna Grzelewska, Yulia Krivich, Anna Orłowska, Joanna Piotrowska, Wiktoria Wojciechowska, Justyna Wierzchowiecka, Magdalena Wywrot and, of course, the artists invited to take part in the Riga Photography Biennial; Irenka Kalicka, Zofia Krawiec and Marta Zgierska.

When studying the latest Polish photography, the viewer is bound to be struck by the departure from politics or, rather, the redefinition of the political in line with the formula of ‘private is public’. Political agency is transferred to individual life, to everyday struggles with the body, with the surroundings, with the nearest and dearest and with strangers. The photos document a process of development, often a process which is either therapeutic or connected with therapy.

The relationality of these female artists’ art employs the potential of photography understood not so much as a framed picture on a wall, but more as a platform for communication and the negotiation of meanings. Who am I? What am I thinking? What do I long for? These are questions which the artists are asking not only themselves, but also the viewer.

The aesthetics and redefinition of a work of art itself undoubtedly constitute another distinctive characteristic. It is no longer the case that photography is analogue; it is more a matter of it’s sometimes being analogue. Analogue is one of the layers which is subjected to transformations, syntheses and sublimations. The work of art loses its contours, its beginning and end, in order to become a process tightly bound up with the artist’s life and her biography. There is no need for the image to be so very stable, either. It can be gently enlivened without that in the least meaning that it ceases to be a photo. It can happen that the very process set in motion by photography is more important than the final shots. Photography is performance art, discussion, commentary, therapy and relationships and not merely an image.

Another distinguishing aspect of contemporary photography is thus the departure from the indexical nature of the photographic image. Anything and everything can be constructed, processed, changed and staged. The limit for photography is no longer reality, let alone Poland; now, it is the female artist’s own imagination.

Many thanks to exhibition supporters and partners: State Culture Capital Foundation of Latvia,