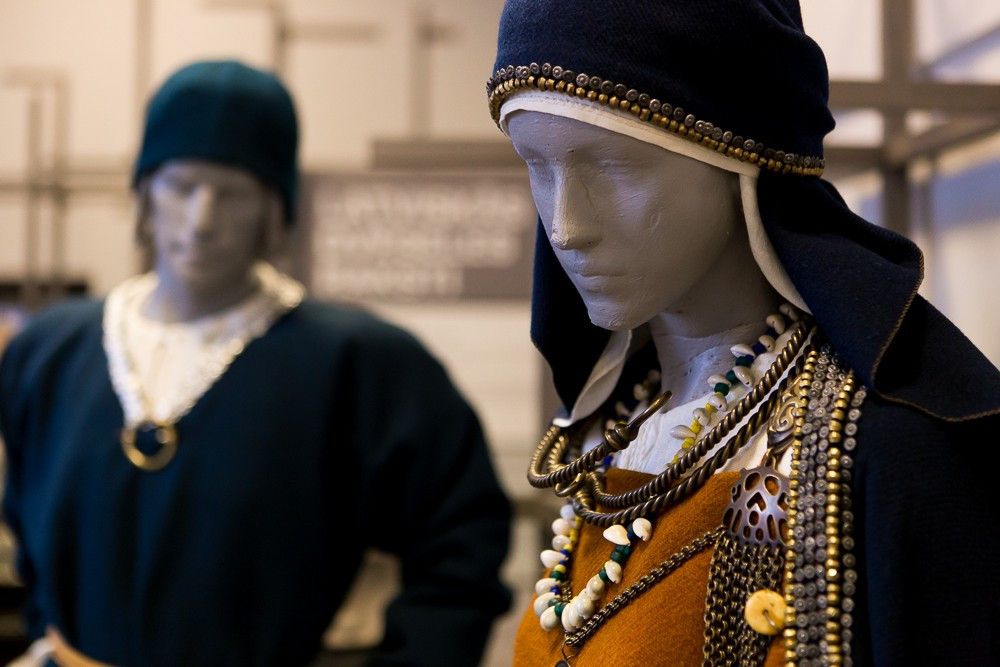 A sign– to write – to dig – (these words have one and the same root in the Latvian language) – meaning to engrave, to dint, to create characters in a material, to leave traces. Each sign contains a symbolic message - from a sign develops writing. Signs create a rhythm; rhythm is an integral part of our life - sunrise and sunset, the rhythm of day and night, the rhythm of seasons changing.

To be in accord! It is very important for every Latvian person to be in unity and harmony – in unity with their land and its people, with the rhythms of energy power lines of the Universe in Nature and culture; in oneness and in accordance with their national Traditions, the Values ​​of all humanity.

Every nation in the world has its own signs, ornaments and hence the order of life and perception of the world. Signs, rhythm exist in our life, songs, and dances. The signs are arranged in patterns of our ethnographic folk costumes and in ancient archaeological decorations. They are decorative signs – ornaments.

Archaeologist and researcher of the ancient times Valdemars Ginters believed that ‘Latvian folk costume in the perspective of art history is the most vivid and multiform artefact of Latvian culture’. National costume is a medium of vast information not only about Latvian culture, history, ethnic characteristics, but it also reflects the wearer's social, family, age, wealth characteristics, as well as cultural interactions with neighbouring nations. 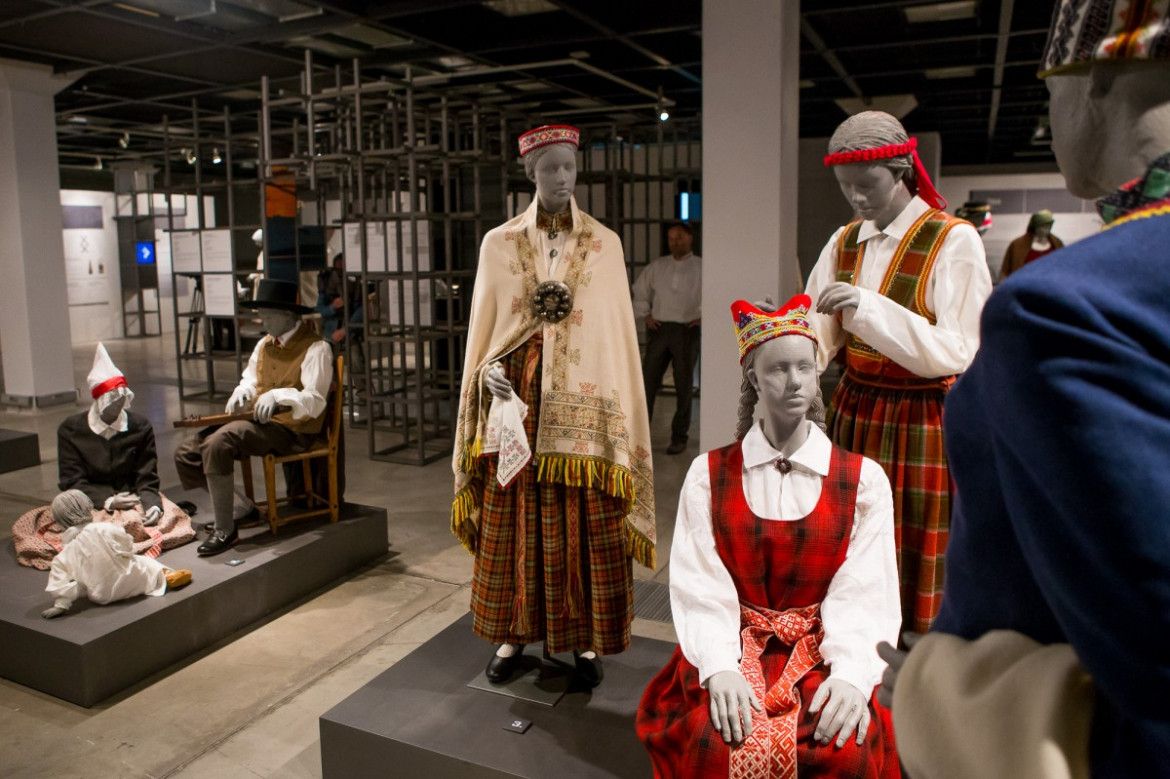 As a symbol of Latvian culture, the traditional national costume is closely linked with the Nationwide Latvian Song and Dance Celebrations.

Through centuries the ultimate goal of the Song Festival has been enhancing national self-esteem, consolidation of the nation. This task as a burning fire has been present through the whole Song and Dance Festival history.

The exhibition shows a story of the development of the Song Festival tradition in connection with the formation of self-esteem of the nation and national costume as one of the forms of self-expression of the nation.

The exhibition consists of 26 visual groups of regional folk costumes. The audio-visual display of the exhibition will be revealed on video monitors, in special sound solutions that both historically and conceptually will reflect the role of songs and dances in the Latvian perception of life, space and time.

Created and done by: The Latvian National Centre for Culture